The Candlelight Inn has a reputation of hiring the best people, serving the best-quality product and having the best facilities. We know our customers expect a high level of consistency, and we will bend over backward to make sure they get it – whether our customer is in Sterling, Rock Falls or Clinton.

The Candlelight Inn opened in June of 1967 under the ownership of Chuck Sisson, Lyman Prescott and Bob Prescott. After a short period, Chuck and Lyman left the business, although Lyman continued to own the building. The business thrived for more than 20 years, especially after the invention of Chicken George in the early 1970s.

In the mid 1980s Bob and his wife, Jan, decided that their next move should be to buy the building the restaurant occupied at the 100 block of West Third. However, Lyman Prescott did not want to sell. Thus, they looked at other options and settled on a location on the north end of Sterling, 2907 N. Locust. The building actually had been a barn at one time but was remodeled into a restaurant over the years and, before the Prescotts' purchase in 1989, it was a restaurant known as “The Country Squire.” They moved the business, remodeled and added on. Their customers followed them, and the Candlelight grew.

In 2000, their son Matthew came home and took over the responsibility and ownership of the Sterling location. He saw a need to continue building the business, and in 2004 he built the Candlelight Inn at 2200 First Avenue, Rock Falls. The new location brought a whole new look and attitude to the Candlelight Inn name. In 2010 he leased the restaurant and marina in Clinton, Iowa, at 511 Riverview Drive, once again bringing a fresh perspective when his customers think of the Candlelight Inn, now one with a deck that overlooks the beautiful Mississippi River. 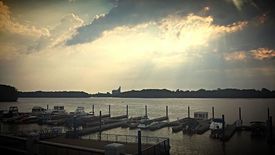 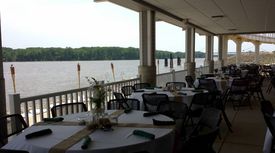 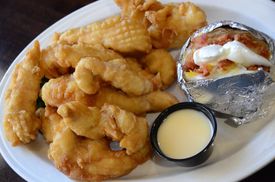